Darien's 1921 Chain Drive Mack (Type A.B.) was delivered in late March 1921. Built by International Motor Company of Allentown, PA it had a price tag of $8,000, of which the firefighters raised $2,000 toward the final price and the town paid for the remainder. 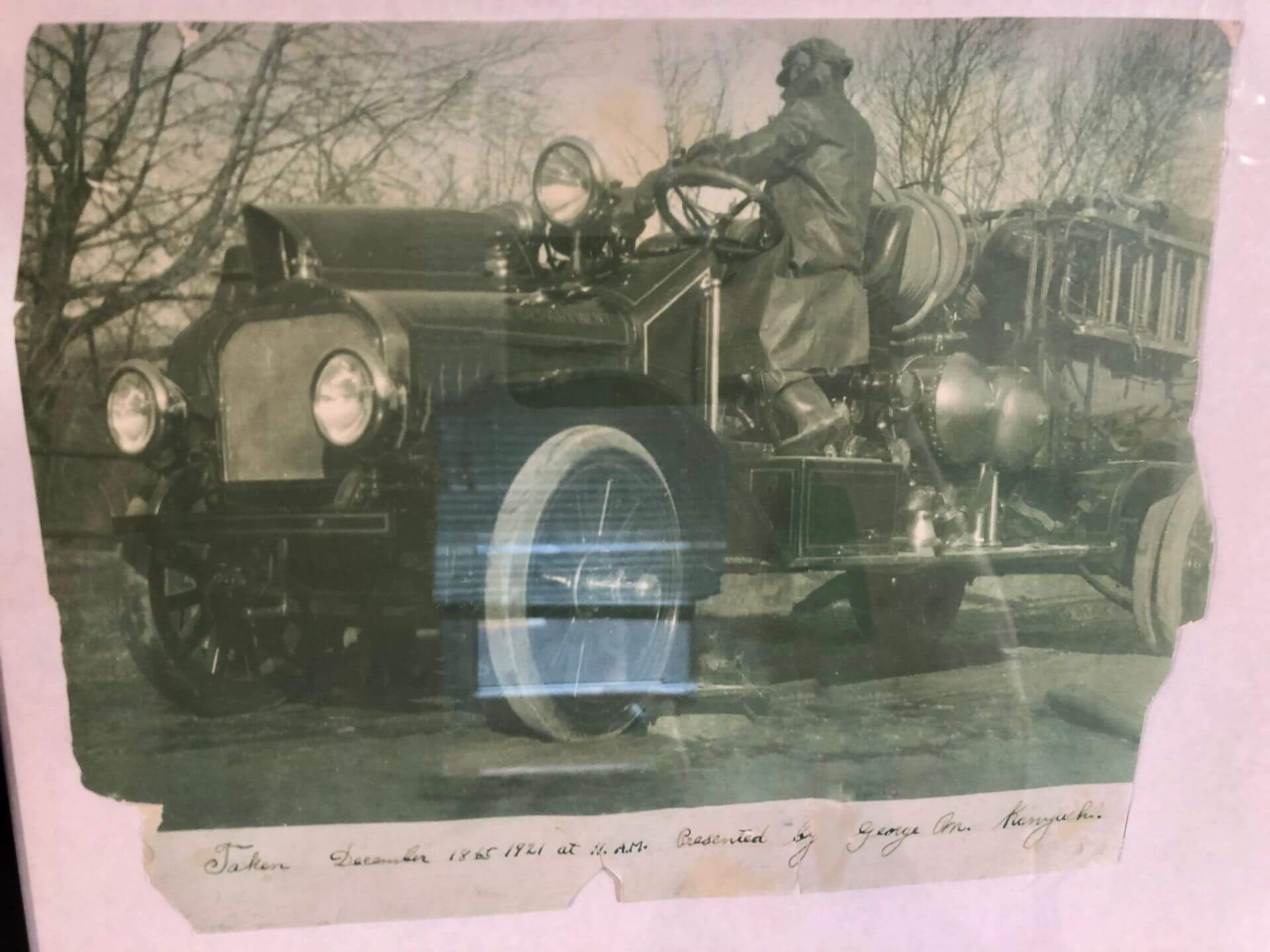 At a recent call to a fire by the Darien Fire Department, the boys made such a good run that several thought it a truck from Stamford, not knowing that Darien has the real thing in fire protection.

The Mack was the first motorized apparatus used by the department, and could travel at 35 mph. The Mack had two forty gallon tanks piped to a 350 gallon per minute pump. The piping ensured that while one tank was being used, the other tank could be refilled.

The volunteers fought their first fire with this truck less than ten days after the truck was put into service. On Monday, April 10, 1921 the volunteers were called to a barn fire at the corner of King's Highway and Cemetery Street. Although the volunteers made a good stop on the fir, the loss totaled approximately $1,000.